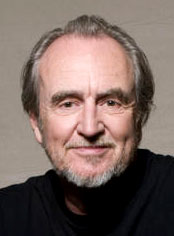 The end of another month. August is all but over and by even my modest mathematical calculations, we are approximately two thirds of the way through 2015. Technically, the Summer box office season runs through next weekend and Labor Day, but for all intents and purposes it is over once September dawns.

Earlier in the year, we proclaimed that 2015 would be a massive year at the box office, buoyed by a remarkable Summer that virtually saw a blockbuster potential movie get released each weekend. While we certainly missed more than we would have liked, the numbers seem to back up our assertion that 2015 is going to set a new box office record.

Despite a typical August and what looks to be an even more sluggish September, this year is turning out pretty close to where we thought it would. Sure, we didn't always get the particulars correct, but really whoever would have thought Jurassic World would have been so huge?

As we take a moment and catch our collective breath ahead of the onslaught that will commence in October, we should take a moment and realize just how great a time we live in cinematically. Not only do we have impressive technological behemoths like aforementioned Jurassic World, but we also have spectacular indie films from talented auteurs who are proving that they can easily tip-toe between the two ala Colin Trevorrow. No really, look at his short, but impressive resumÃ©.

It's a great time to be a film buff.

I really wish I had more to offer in this section, but its brevity will only be matched by the lack of box office dollars this weekend. Despite a hard-charge Friday from newcomer War Room, it was a rather easy three-peat for box office champs Straight Outta Compton.

The little film that could from Universal earned another $13.2 million this weekend bringing its box office cume to over $134 million. I know that I was hopeful that the rap bio pic might have enough oomph to make it over $200 million, but I think the over sluggishness over the next month will limit its earning power. I still think that it will add a nice bumper crop of money to its coffers and finish up right around $175 million.

The aforementioned War Room is a faith-based film from the same people who brought you Fireproof. There's been a little dip as of late in the surprisingly healthy faith-based genre, but War Room has seemingly righted the ship. That being said, while its $11 million opening is rather impressive and unexpected, these type of films tend to be front-loaded and it will struggle to make it to $30 million before it exits theaters.

Another new film No Escape couldn't escape the Owen Wilson jinx. It's been a while since one of his films earned serious box office jingle and I'm sure that Paramount is at least a little bit concerned about the upcoming hopeful Zoolander 2. The latest film from Owen Wilson opened with $8.2 million and looks like it will struggle to reach $25 million.

But the real loser of the weekend was Zac Efron and his film We Are Your Friends. The film about a 20-something aspiring Hollywood DJ failed to find purchase anywhere, earning an abysmal $1.8 million. Thanks to our friends over at Box Office Mojo, we learned that this opening was the fourth worst opening of all time for a film with a very wide release (opening on over 2,000 theaters).

The film will be a comedy and the new friends will play sisters. We can hardly wait.

He started his career in 1972 with the horror film The Last House On The Left and did't stray away from the horror genre too often. He was best known for creating the Nightmare on Elm Street and Scream horror franchises. But more than that, his legacy in the genre has been felt for the last 30 years and will continue to be felt for at least 30 more.

He was a great ambassador for filmmaking and his loss will be felt for a long time. Rest in peace Wes.

One, two. Mixer's coming for you.