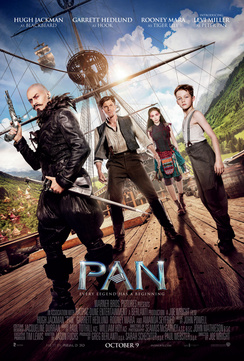 Oh, hey there. Sorry, just ignore what you just saw, er read. The good news is that we are back yay! The bad news is that there were more than a few unexpected hiccups in the transition.

Note to self, no matter how much you really want to get the site up right before a weekend, it might make better sense next time to hold off until Monday. Of course, here's hoping that there isn't a next time and this new server will live forever. Or at least until Doc Brown gets to that whole DeLorean time traveling car thing.

As you probably experienced, we had some unexpected email deliverability issues over the weekend. Long, technical story short, there are some things that you can't see until you everything over to production. And even then, there are bugs that continually need to be squashed. Basically, the password reset emails were being delayed anywhere up to 12 hours and by the time they were finally sent out, the time-sensitive code to change the password had expired. Ugh.

But thankfully, I believe that Tim has gotten all of the bugs fixed on that process and you should be able to get signed in as before in a much more timely fashion. Again, we apologize for this and thank you for your patience. There are some little annoying bugs that you've probably noticed, but we're doing our best to get them knocked out as fast as we can.

But hey, we're back and let's celebrate the good news by looking at this weekend's box office results and news from the world of entertainment.

When you name your film Pan, you're just setting yourself up as an easy target for critics. Needless to say that when the film is just as bad as the predictable review headlines proclaim (currently 24% on Rotten Tomatoes), then you really have to wonder what Warner Bros. was thinking.

It's easy to second-guess decisions in the rearview mirror, but Pan was a film that never quite found its footing in prerelease marketing which resulted in marketplace confusion and no real excitement for yet another Peter Pan movie. After last year's abysmal failure Peter Pan Live!, I'm sure Warner Bros. felt a bit queasy about their upcoming film. In fact, this may have been a primary reason for them to delay Pan from its original July release date.

Ultimately, the film finished in third place this weekend with $15.5 million, which was on the low side of even the most conservative expectations. Combined with the earlier bomb in Jupiter Ascending, I'm pretty sure that Warner Bros. is ready for 2016 to get here. As it stands, Pan will struggle to make it up to $40 million before it passes back to Neverland.

On the other end of the spectrum, The Martian had a spectacular second weekend securing another $37 million (in a row?). While the hold was pretty impressive with just about a 32% drop, it's a far cry from Gravity's ridiculous 22% drop in 2013. We are starting to see some real separation from these similarly-themed films as the 10-day total for The Martian came in at $109 million, while Gravity had already made $122 million through 10 days.

With that said, the disparity will continue to get larger which is why I'm still betting on a total in the $200-$225 million range.

For now though, enjoy these faux marketing efforts that Universal has created to support the effort.