A look back at the movie trailers of 2015 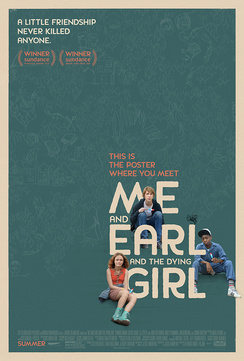 One sore subject around these parts lately has been the decline in quality of movie trailers. It's true, most trailers these days are limp and uninspired. They do little to generate excitement for their films and more to simply announce their films' release dates.

Sure, for larger blockbusters such as Avengers or Star Wars, there is little need to sell the film. Basically, the trailers for these films only have to show a base level of competence and we will show up.

But, for the majority of films released today, the movie trailer is still the single most important marketing tool in its bag. With so many films being released in a plethora of mediums, it's easy for a film to get lost in the shuffle. A truly moving trailer can go a long way in helping a smaller film get noticed and eventually get butts in seats.

One person who recognizes a great trailer when they see it is The Sleepy Skunk, a crafty editing guru from Toronto. Every year Sleepy Skunk puts together a massive mashup of the year's best trailers and today is our lucky day for the latest trailer mashup for 2015 has been released.

I love watching these mashups because it reminds me of all of the amazing films that I need to see. They are also a great critique of running themes across all movies released in a given year. And then there are the great mashups such as the motorcycle scenes from Mission: Impossible Rogue Nation and Avengers: Age of Ultron that come together rather naturally.

The interesting thing about 2015 is that there is still so much left to be written about it with The Force Awakens and other large films still waiting to be released. I do know one thing, though, I have a lot of films to catch up on.