Review: Comedy is purged in 'Meet the Blacks' 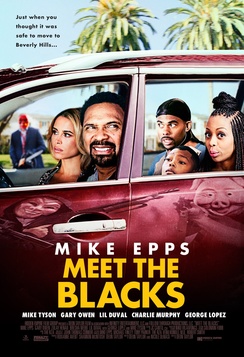 While I never got into The Purge films as much as everyone else, there's no doubting their popularity. The film has spawned a successful franchise and there's no indication that it's going to stop anytime soon. Those films provide fertile ground for Mike Epps and company to find their comedic footing.

Given my non-interest in The Purge films, I'm either the perfect audience for Meet the Blacks, or the worst. It's not that I don't care for the premise of the films, I actually find it to be interesting and compelling, especially in our current political climate which is practically mirrored in the latest film The Purge: Election Year. I doubt we'd ever spiral so far out of hand as to enact an annual night to partake in deviance, but I can't be as confident of this statement as I could a decade ago.

To me, it was the execution of The Purge films on the initial idea that did me in. That's where Meet the Blacks has an advantage over its source material, they know exactly how to milk every scene for the last laugh. Unfortunately, I'm not sure if there's much comedy left to be had.

The problem with spoof films these days is that they have been rendered meaningless by their very proliferation. I remember back in the day watching the Zucker, Abrahams and Zucker films such as Airplane! and Top Secret! and being blown away by their creativity. But over the years, as they went their own way, you could see the genre start to get watered down. Sure, there were a few bright spots along the way, but by the time the Wayans family got their hands on it, the spoof film had spiraled into stupidity. 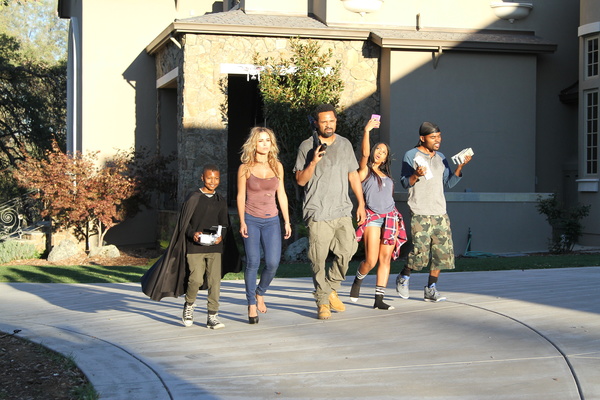 The good news here though is that Meet the Blacks isn't a spoof film in the pure sense of the word. It's basically a comedy set in the world of The Purge films. It's not so much a sendup of the films but of the very foundation of the society in which the films take place. In that respect, it's really a critique of the world around us and for that, they get high marks.

Mike Epps plays Carl Black who comes into a huge amount of money through illicit means and decides to move his family from Chicago to Beverly Hills because he mistakenly believes that the concept of The Purge would be uncouth to their civilized ways. He quickly finds out that those with the most to lose are often more eager to settle their squabbles under the protection of The Purge. Combined with the trouble that follows him from Chicago, it's clear that he's in a no-win situation.

As is often the case in these types of films, the story is sacrificed and mutilated through various re-writes and editing. So much so, that it's never really clarified how Carl could have prevented the situation. Obviously, the plot is simply meant to kickstart the fish-out-of-water story about an unsuspecting family ending up in Purge hot spot.

At the end of the day, nothing really gets resolved and the ending allows for more horror spoof films, but at some point wouldn't more Meet the Blacks entries start to enfringe upon the much trod upon territory of the Scary Movie films?

There is a handful of genuine laughs mostly thanks to Lil Duval and his perversions. Ironically (or maybe not), Lil Duval also has a role in Scary Movie 5. Now that I think about it, Mike Tyson and Snoop Dogg also appear in both movies. So, I guess Meet the Blacks is unofficially Scary Movie 6.

If you enjoy these type of films, there are some fresh laughs to make it worth the watch. However, if you've had your fill of horror sendups, then I would recommend going back and watching some of the Zucker classics to get your spoof fix.