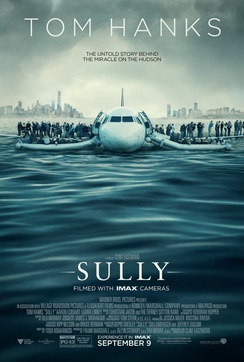 I woke up this morning and did a double take when I checked the weather on my phone. It said that the temperature outside was 56 degrees. I couldn't believe it. I didn't believe.

This could explain why I followed my dog outside a few moments later and the excited horrific dance moves that my poor early-rising neighbors were forced to watch.

Well, more specifically since I live in Nashville, Fall is here for one day. The oppressive heat and humidity will return tomorrow, but for one glorious morning, I woke up and got a sneak peek at my favorite time of the year. It really shouldn't be that surprising as this weekend also marked the return of the NFL which means that big blockbuster Summer films are officially done for the year, or are they?

It seems that the previously well-defined calendar blocks are slowly eroding, leaving us with blockbuster films being released in Spring and awards-caliber films hitting cinemas during the heat of Summer. So, I suppose this one day respite from the dog days of September is indicative of the changing times at the box office.

September isn't usually a month that makes much noise at the box office, but this past weekend was yet another example that the times, they are a changin'.

Thanks to the Labor Day weekend, it's been a hot minute or two since last we spoke, but not much changed last week. Don't Breathe took home its second crown in a row and solidified its spot as Summer's last bright spot of the year. This week, however, new films ruled the roost.

Tom Hanks' new film Sully debuted in first place with a better than anticipated $35.5 million. The film, directed by Clint Eastwood, has been certified fresh on Rotten Tomatoes despite several negative reviews questioning if the story is even worthy of being immortalized on celluloid.

But as is often the case, audiences were not demurred by a few dissenting opinions and flocked to see Hanks in a role that he was tailor-made to play. Even if this story about an everyman who elevates above his station in life to become a hero, if even only for a few minutes, is one that we've seen Hanks bring to life many times before, it doesn't take away from the fact that audiences are still willing to pay to see it.

With Inferno set to debut in theaters next month, it looks like Tom Hanks is set to dominate the Fall box office period once again. It's been a few years since we could say that, but if this past weekend's performance is any indication, Tom still has it. What is "it?" Well, I would argue "it" is the ability to open a film and with a little luck Sully should limp over $100 million right around the time that Inferno is set to open in theaters.

In second place, When the Bough Breaks debuted with a slightly better than expected $15 million. While the story is reminiscent of Fatal Attraction or The Hand That Rocks the Cradle, there is apparently enough new material here to keep audiences interested. The film should end up with about $40 million and be considered successful.

One film that will not get that designation however is the animated family film The Wild Life. It barely registered at the box office with $3.4 million, which was only good enough for fifth place. The Summit Entertainment release is yet another example of how mad it can be for non-Pixar, non-Disney, non-Illumination Entertainment films to make an impression on the family demographic.

As someone who recently found himself in this target audience, I think the problem comes down to quality. Those industry leaders have set the bar so high that everything else just pales in comparison. I recently got reminded of this first hand when I started Norm of the North for my kids. They soon got restless and asked me to put on "the good animated films." Consider the bar officially raised.

As it stands, The Wild Life will struggle to earn $10 million when its run comes to an end. There are some interesting films coming out in the coming weeks and it will be fun to see how audiences respond to them. September has long been thought of as a dumping ground, but I think it's just full of untapped potential.

First up, Jeremiah Rivera has reimagined the Harry Potter film as an opening to a sitcom in the style of Full House. What's weird is that it actually works.

R.I.P my sister Alexis Arquette. Another bright light gone out far too soon. Love to the family and all that loved Alexis.

RIP Alexis and tell Bowie hi from all of us.