Review: A few tricks, no treats for 'Escape Room' 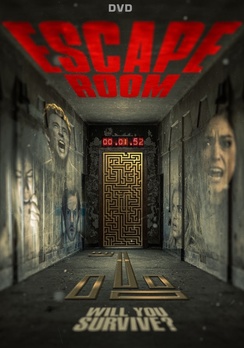 I should preface this review by saying that I'm obsessed with escape rooms. I've been to a couple (escaped one, did not escape the other one) and they are one of my favorite entertainment options out there at the moment.

Escape rooms combine natural curiosity and ingenuity with our innate desire to want to be a part of the action. It's like when you watch a game show on TV and play along as though you were an actual contestant. Not everyone can be on "Jeopardy," but everyone can put their fate in their own hands with an escape room.

It certainly didn't take long for the escape room craze to spawn a movie. In fact, several escape-room films are in various stages of development, but Escape Room is the first one to debut on home entertainment. While there are some promising things that can be found in Escape Room, the film ultimately fails to deliver on many of its unspoken promises.

Let's get to the good stuff. The film opens with a bang and sets up the potential for various paths to be followed much like an escape room game. The opening scene shows the ominous end of the last escape room game and immediately the stakes are set. We are playing for blood, even if the protagonists are unaware of the consequences.

From there, we meet the main couple, Tyler and Christen, and learn that their relationship is at a major crossroad ahead of his birthday gathering with a collection of their pretty couple friends (and one single red herring friend who disappears just as we started to warm up to her quirkiness).

Christen shares the mysterious Escape Room invite and the well-lubricated cast is more than willing to give it a shot. We already established at dinner that Tyler is very perceptive, so it's not surprising that a game of wits would be a perfect birthday gift.

Unfortunately, the film starts to come off the rails when it enters its namesake and the bulk of the film comes off as a low-rent homage to the Saw films. Personally, I thought the film shared more in common with Cube series of films (which is also a good thing), but I digress.

The real undoing of the film is the complete lack of sympathetic characters. None of the six people that are thrust into the game are even close to likable let alone interesting enough to give a darn whether they survive or not. I suppose that much like Saw the flawed characters could be the reason that they find themselves in the deadly game, but this avenue isn't explored.

There's a fine line between being mysterious and giving everything away and I get that, but this film seems to relish in dropping little breadcrumbs along the way and letting the birds eat them up. For instance, the unseen puppetmaster pulling the strings seems like an area that the film could have developed a bit further. Call it the Sixth Sense effect, but I just kept hoping for a big twist or reveal from the puppetmaster that would elevate the film beyond its own morass, but it never came.

Instead, we are left with more questions than answers which is sort of like playing and failing to escape from an escape room game. If that was the filmmakers aim, then they hit a bullseye. Unfortunately, I have a feeling that this film was sold as part of a series of films in which we would get more information about the puppetmaster and his or her motivations. As it stands, Escape Room leaves you wanting the resolution that will probably never materialize.

Plot aside, there are a few neat things about the game itself that helped to keep the audience's attention along the way. Much like a good escape room, the film does replicate the game's unexpected nature that takes you down paths you never saw coming. I should also mention that they sent us Escape Room-branded blindfolds/headbands with the review copy and I wore mine while writing this story. Sure, I got a few odd looks from my co-workers, but I do think it helped to put me in the right frame of mind to tackle this review.

In an ever-shrinking world of tchotchkes, this little memento was a little reminder of the not-so-distant past in the industry when every film included some sort of tchotchke. Whether it's a bar of soap from Fight Club or a wood-chipper snowglobe from Fargo, these little trinkets are fond remembrances of a bygone era. So too, is Escape Room a film from another time, one in which low-budget direct-to-video films could spawn multiple sequels.

Sadly, those days are long gone and this film never stood a chance. Escape Room is now available on DVD. 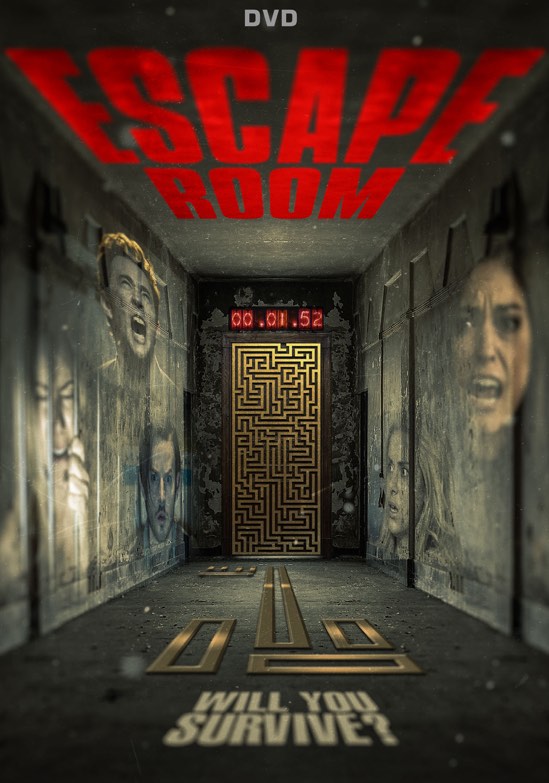