Review: 'The Florida Project' is a magical little film 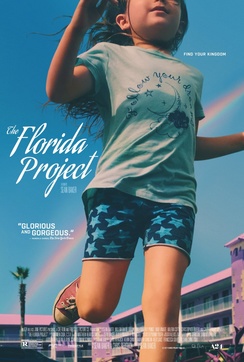 Every awards season, one film seems to pop up to garner all of the acclaim and notoriety. This year, Three Billboards Outside Ebbing, Missouri is that film. The sad fact is that other smaller films tend to be forgotten if they don't receive as many Oscar nominations as their indie peers. Do not forget about The Florida Project as it may end up being the best film of 2017.

The film is told through the eyes of an innocent six-year-old girl and her friends who spend one magical summer at a budget motel in the shadow of Walt Disney World. Their youthful innocence is contrasted with the harsh realities of life as a young single mother struggling to make ends meet and provide her daughter with an exceptional childhood.

Any discussion of The Florida Project needs to start with Willem Dafoe. Rightfully so, he garners the film's sole Oscar nomination for Best Supporting Actor for his performance as Bobby a stern motel manager with an unexpected heart of gold.

To say that Dafoe's turn is revelatory would be selling it short. I have long been a fan of the actor, but I wouldn't really say that any of his performances were the type to demand award recognition. Don't get me wrong, he is a superb actor that has turned in many fine performances, but he is best playing quirky roles that are memorable, but not usually universally beloved. His performance in The Florida Project is the exception.

Florida is a weird place. It is a land of contradictions where the very poor live in direct contrast with the largest amusement park in the world. The state is known both for its beautiful beaches and harsh everglades. It is both the best and the worst of America and most people simply scratch their heads, shrug and don't give Florida much more than a passing thought when the state does something that could "only happen in Florida."

Willem Dafoe's Bobby is the perfect personification of this contradiction. He's a by-the-rules manager that surprisingly has a soft spot for the young kids that have been thrust into his care somehow. While the film doesn't really get into this, it's not hard to make the connection that Bobby's affinity for the unattended kids stems from his own childhood and the lack of parental supervision. While this upbringing yielded a man who follows the rules in Bobby, it's pretty clear early on that Moonee will be on the other end of the spectrum.

Speaking of Moonee, it is almost criminal that young star Brooklynn Prince isn't getting universal recognition for her breakout role. The film is told through her eyes and it is her youthful innocence that softens the hard edges of reality such as drug use, prostitution, and arson. She is the Yin to Bobby's Yang and the film is a constant struggle to make them coexist without causing the universe to implode. Not that Moonee would care if it did, she would probably think it would be cool.

As parents who lived in a different time than today, my wife and I are constantly amazed how different things are now. For instance, if you inside the gas station and leave your kids in the car for even 5 minutes, someone will call child services on you. Back when we were kids, our parents had one rule, be home by the time the street lights come on. In The Florida Project Moonee embodies this quality from our youth and it stands in direct contrast with the harsh reality of today.

While the film certainly says a lot about the innocence of childhood and the need for fewer rules and more fun, the real takeaway is the harsh reality that many parents face in today's world. My wife and I certainly take our ability to provide a safe and secure home and upbringing for our children for granted, but we are reminded by films such as The Florida Project that not everyone is afforded such. Halley (played brilliantly and authentically by newcomer Bria Vinaite) does everything in her power to provide some semblance of security for Moonee, but the irony is that doing so places her daughter in danger.

There is an undercurrent of self versus society in terms of who is to blame for Halley's ultimate outcome. While some would simply blame the person who chooses to make these decisions, it might be wise to step back and address it from a more global perspective. It's not a coincidence that filmmaker Sean Baker sets this film in the shadow of Disney World. Even in a place as rich and overflowing with opportunity as middle Florida, people are still allowed to fall through the cracks.

Thankfully, there are people like Bobby out there that gets into the cracks and is able to change the outcome for the better. We need more Bobbys in the world and more people need to see The Florida Project and have this internal debate. This is yet another wonderful film from A24 and one can only hope that it finds a bit of a wider audience on home entertainment.

The Florida Project is now available on Blu-ray and DVD. 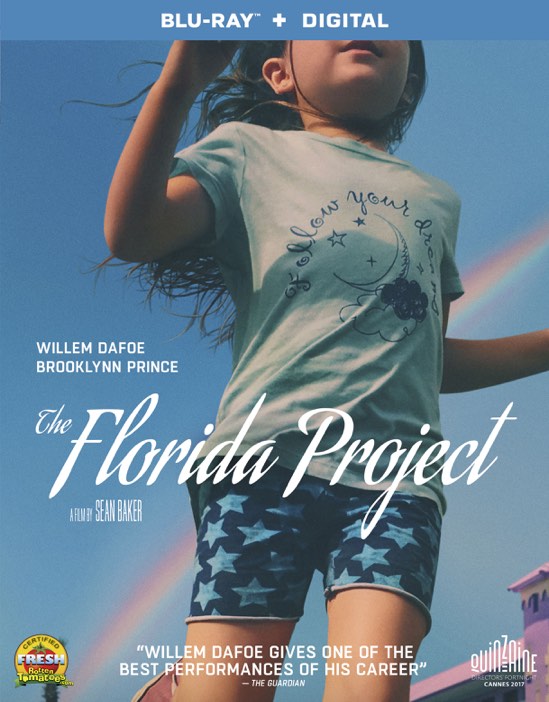 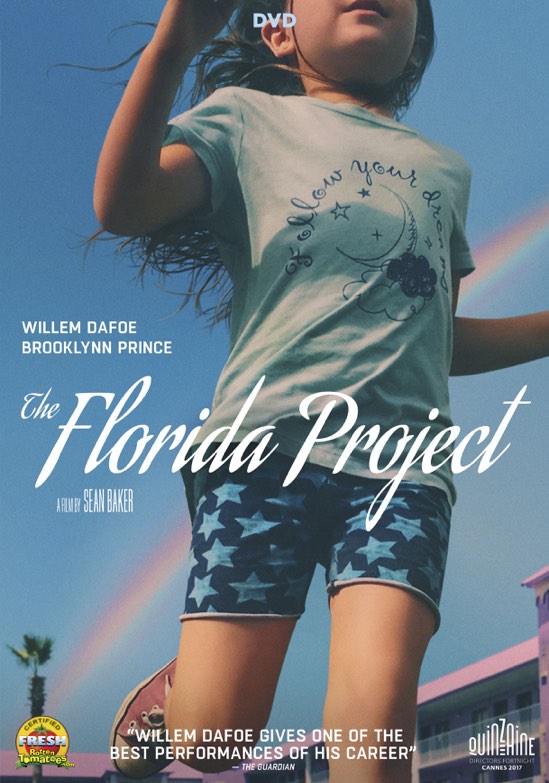