In a world in which guns are a hot-button topic triggered by the latest school shooting, it is refreshing to have an action hero that not only doesn't glorify guns but refuses to use them. Enter MacGyver.

No, not the original 1980s TV series starring Richard Dean Anderson, but the updated reboot series starring Lucas Till? Yes, in case you have been living in a cave for the last two years, CBS decided that they would become the remake/reality channel by bringing back everyone's favorite bubble gum wielding action hero.

I know what you are saying, 'will you please stop pillaging my childhood for second-rate copies of awesome shows?' But hold your judgment because if there's one show that actually would benefit from a refresh, it might be MacGyver.

The original MacGyver dropped in the middle of the big guns era, so it was novel in its approach, but technology was just starting to blossom during its run. In today's world, it is not so far-fetched to imagine a hero that would eschew weapons of violence to thwart his or her enemies. Technology has reached a point where almost anyone could use it to their advantage over their more heavily-armed thugs. While we have seen this sort of MacGyver effect work its way into other shows and movies, the new MacGyver series is the first to reinvent the character for the modern age.

The first season of MacGyver debuted in the Fall of 2016 and the DVD of the said season is just now making its way to home entertainment. The show is currently finishing up its second season run on CBS and while they haven't officially announced its fate moving forward, a nice ratings increase over the second half of the second season combined with the confidence to finally bring Season 1 out to home entertainment is as good of an indicator as any that the show's future is indeed bright.

I am a bit biased as a reviewing because I loved the original series and I'm not what you would call a huge Lucas Till fan. Of course, with the box office bomb that was Monster Trucks, at least CBS doesn't have to worry about their star bolting to exclusively focus on his film career. I do have to admit that Lucas seemed to embrace the role more as the first season wore on. It was almost like he was trying to mimic Richard Dean Anderson's incarnation of the character early on, but started to make MacGyver his own by the season finale.

One thing that I found interesting is that my son would periodically come in while I was watching episodes and the show would often capture his attention for brief periods of time. He thought it was really cool that a hero could use his brains and technology to overcome the bad guys. In fact, at one point, I caught him playing as MacGyver with a rubber band trying to disarm a bomb and I was touched.

The one thing that I do think this version has on the original is the strong supporting cast. I wasn't a fan of Bruce McGill's portrayal of Jack Dalton in the original series, but George Eads absolutely knocks it out of the park here. He brings a wealth of TV experience from his days on CSI (another CBS show) and it shows each and every week. As the gun-toting yin to MacGyver's yang, Jack Dalton provides many of comedic moments himself and it really helps to break up some of the monotony of certain episodes.

The rest of the tech-savvy young cast reminds me of an alternate cast of CSI: Cyber (yet another CBS show) and that's a good thing. In the original series MacGyver was a bit of a lone wolf, but here he preaches the power of teamwork and it's this teamwork that does make the show work on many levels.

MacGyver is a show that I will always look at as second-rate version of the original, but that doesn't mean that it doesn't have its own merits. It really brings a refreshingly different sort of hero into the conversation, one that doesn't think that violence in the answer. When violence dominates everything from social media to the nightly news, a weekly reminder that there is another way is a good thing. 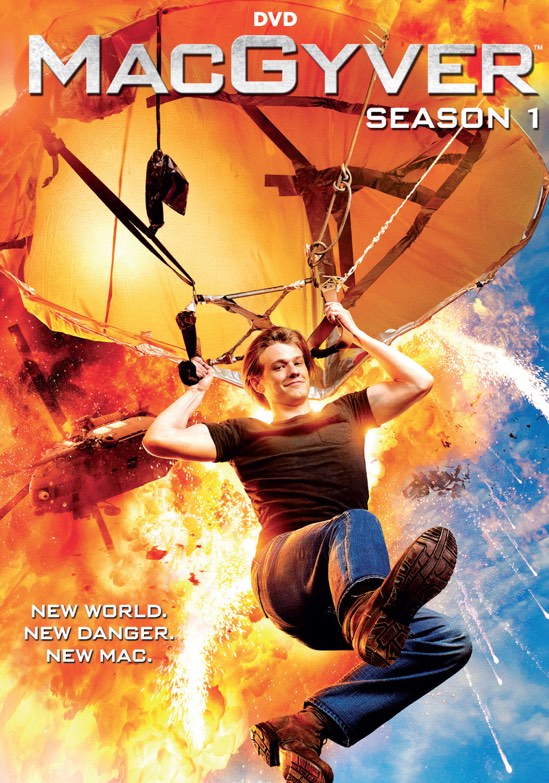