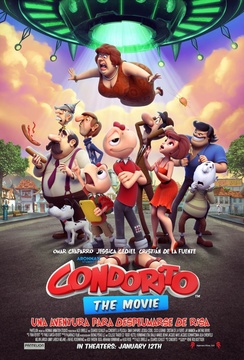 When making the leap from successful comic strip to feature film, there can be some bumps along the way. Just ask Garfield, Marmaduke or Dennis the Menace. Actually, those films aren't that bad, but after watching them one after another this weekend thanks to my son and HBO Family, I can tell you that these films follow a certain formula to various degrees of success.

Condorito is based on a Chilean comic book and it makes the jump to the big screen that was relatively well-received south of the border, but not so much here in America. While it's possible that some of the humor may have been lost in translation, I think its greatest flaw is the chauvinistic ethos that still runs rampant in the machismo-laden culture in Hispanic countries.

But all of that relates to my experience in watching Condorito. My kids, on the other hand, simply enjoyed the film for what it is, a simple adventure film with enough physical comedy to keep the younger set entertained.

Condorito tells the tale of the titular condor who is scheming to propose to his girlfriend much to the chagrin of his would-be mother-in-law. When she makes a pledge to thwart any plans of nuptials, Condorito's girlfriend's mother is kidnapped by aliens intent on destroying the planet. Now, Condorito has the opportunity to impress his potential mother-in-law by saving her and the planet at the same time.

While the film will appease fans of the comic with nostalgia, the film borrows heavily from several similar animated films from the last couple of decades. Upon watching the film, I was reminded of similar plot points in Mars Needs Moms and Monsters vs. Aliens. If my kids noticed the similarities, they didn't mention it, but they heartily laughed at several jokes, most of the slapstick variety.

Of course, isn't that the whole point of films like this? As a still-new parent, I relish any form of entertainment that can keep my children's rapt attention at 90-minute clips. It seems that studios are churning out films like a dozen at a time. Whether it's Americano or Norm of the North, these films continue to earn their worth precisely because of their popularity with kids.

Unfortunately, none of these films, Condorito included, will be remembered five years from now, but that's not the point. In five years, there will be a whole new slew of animated films entertaining a whole new generation of toddlers with less than discerning taste.

As it stands, Condorito is better than most in that it was fairly entertaining for captive adults. What is not known however is whether the film holds up to repeat viewing. My kids have yet to ask to rewatch Condorito and that's probably for the best. I'm sure they would be best served by the next installment of animated fodder for kids.

Condorito is now available on DVD. 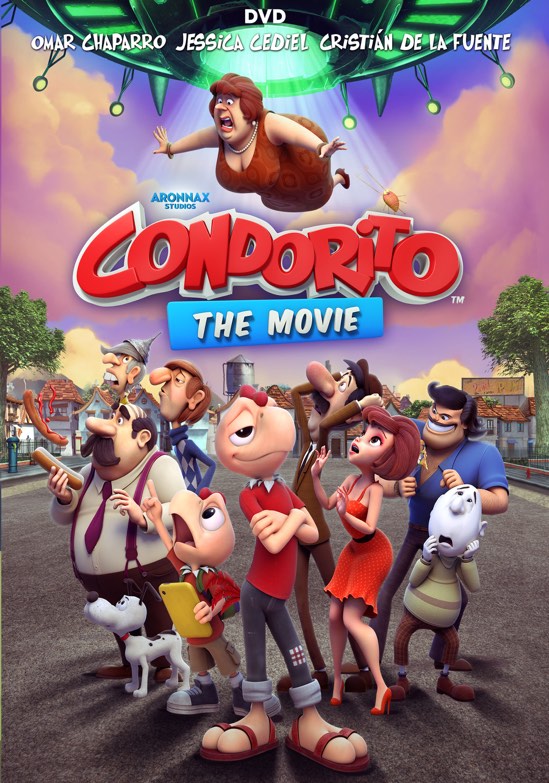