Review: Christopher Plummer owns 'All the Money in the World' 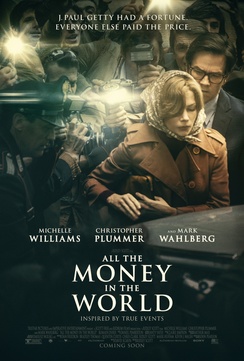 Hollywood lore is filled with stories about actors and actresses passing on legendary roles. Whether it's recently with Emma Watson turning down the lead in La La Land or an all-time miss such as when Jack Nicholson turned down the role of Michael Corleone, these near-misses often lead to spectacular performances from their "understudies."

The situation is a bit different when it comes to All the Money in the World, but the results are pretty much the same.

Kevin Spacey was initially cast as J. Paul Getty in the Ridley Scott film, but when numerous sexual harassment and assault claims started swirling around the actor, his scenes were re-shot with Christopher Plummer set as the billionaire oil man. All of Spacey's scenes were reshot over a week just a month before the film's release.

Even with today's technological progress, the sheer amount of work necessary to hit those deadlines is staggering to consider. And the result? Well, Christopher Plummer received numerous award nominations including an Oscar Nomination for Best Supporting Actor.

The film is based on the true events surrounding the 1973 kidnapping of teenager John Paul Getty III, J. Paul Getty's grandson. The kidnappers demanded a ransom and the richest man in the world famously refused to pay it.

First and foremost, it would be a travesty if we didn't talk about Christopher Plummer's performance. He knocks the role out of the park and he is very deserving of all of the praise that he's receiving. In fact, it is almost impossible to picture anyone else playing J. Paul Getty, let alone Kevin Spacey.

Allow me to pull out my soapbox for a minute. There are footage and stills of Spacey as Getty on the Internet and when I see them, I cringe. He is layered in age-progression makeup and he almost looks silly compared to Christopher Plummer. So, why would the studio or Ridley Scott (depending on who you believe) demand that a younger actor play Getty when there is an obvious and capable choice that is more age-appropriate?

Now that the soapbox has been properly stored away, let's talk about the film, shall we? I'm a sucker for a good true crime film and while they certainly dramatized some elements, it would appear that they stuck pretty close to the events that unfolded in the early 1970s. Of course, this was right before I was born, so I'm just going on what I have read about the kidnapping recently.

As much as I sometimes dislike Mark Wahlberg, he really brings his A-game to the table here and his passion shines through. He and Michelle Williams develop a real chemistry that helps to drive the story forward. You believe it because they passionately bring these feelings to the screen. The film is well-acted all around and it really helps to elevate the film above the controversy surrounding its risky decision to recast Kevin Spacey.

If you appreciate great performances and thrilling true-crime stories, then All the Money in the World will certainly entertain you. It is one of those rare films that actually raises the awareness of an event that has been brushed aside from the general consciousness of society. And when it's over, you will wonder how such a tragic series of events could be so easily forgotten.

All the Money in the World is now available on Blu-ray and DVD. 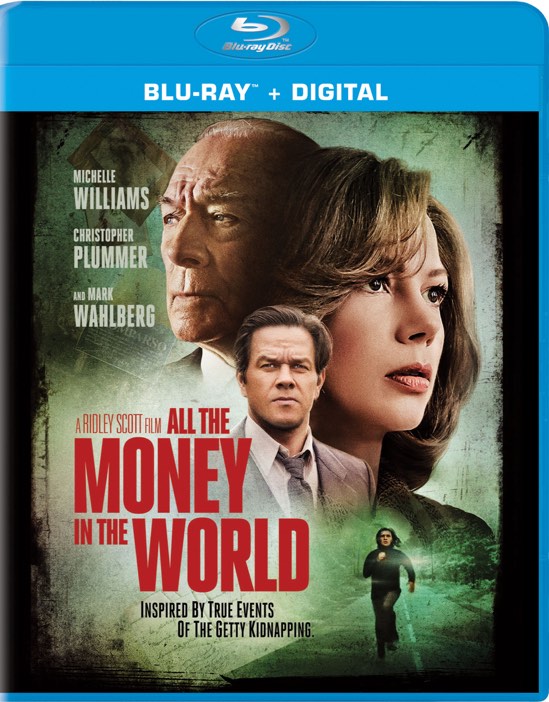 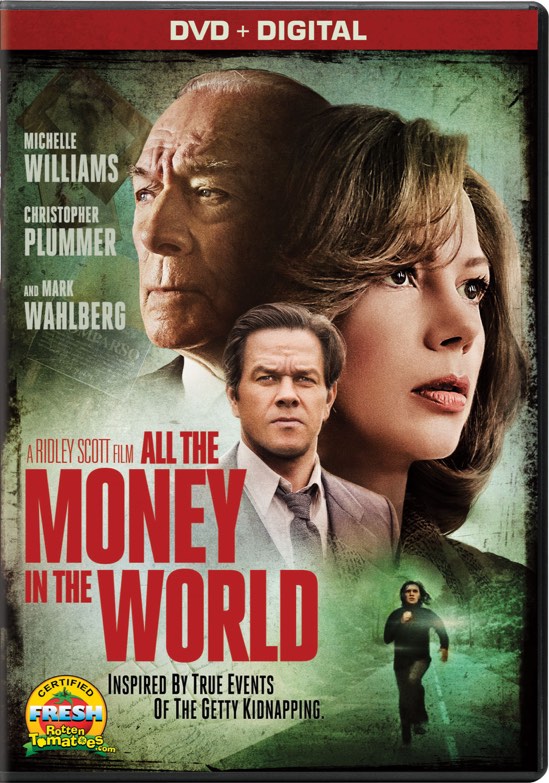