Review: 'The Witch' is delicious on 4K UHD 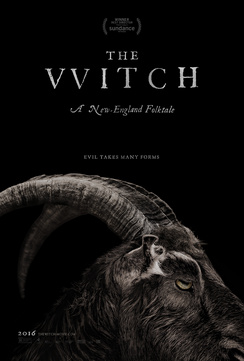 There are few films that truly shake you to your core. In the last decade, I can probably count on one hand the number of movies that have left me in such a state. The Witch is one of those films.

The directorial debut of young filmmaker Robert Eggers (he also wrote the script), The Witch is a period horror film set in the cradle of America when it was still in its infancy. It's 1630 and a devout Christian homesteader is expelled from his village over religious differences. Left to survive the harsh wilderness alone, the young family is soon tormented by supernatural forces.

I'm not going to lie. I have been waiting for this film to make its way on 4K UHD since the format debuted. With its extended fade to black scenes and eery soundtrack, there are few films more primed to take advantage of the latest home entertainment's advances than The Witch. And yet, the film is so good that not only does it stand the test of time (albeit only four years), but it also transcends the technological enhancements.

While witches and the idea of witches is anything but an American conception, this country's obsession with witchcraft rivals any other nation in the world. This fascination finds its roots in New England, in Salem, Massachusetts where the infamous Salem Witch Trials took place. Real people were accused, convicted and sentenced for practicing witchcraft. As we continually distance ourselves from that bleak period in our history, truth and folklore become even more muddied together and this is the story director Robert Eggers decided to bring to the screen.

No, the story of a witch isn't an American creation, but it's one that we perfected and Robert Eggers' story might just be the best of the bunch. He is able to create a creepy, chilling and altogether haunting story by playing on our expectations and falling back upon the old adage that real horror is best found inside the audience's own heads.

He paints in broad strokes. Puritanical early immigrants to our country? Check. A villain that never actually appears on screen? Check. Plenty of quiet space for us to fill in with our imagination? Check. The fact that this was Eggers' first film is even more remarkable when you see the finished product.

We have seemingly reached the point in horror where more is more. More blood. More gore. More guts. The Witch literally gets back to its roots with the less is more argument. And yet, there is so much more going on that you first suspect. It had been about a year or so since I last watched The Witch and I found myself catching new clues and coming to distinctly different conclusions about what exactly is going on. But that's perhaps the best ringing endorsement of The Witch. Robert Eggers doesn't simply spoon-feed you a spooky tale, no he gives you a story and provides you with a rich tapestry upon which you have to decide what is real and what is simply pure imagination.

Are the events as they play out as literal as you might think or is there something else going on? There really isn't a hard and fast rule and I think it was smart for Eggers to leave the answer up to the audience. This interaction makes the film even more provocative and spooky. Is Thomasin truly seduced by witchcraft or is she simply using the folklore to cover her escape from the tyrannical reign of her father and his puritanical beliefs? To that end, there's a pretty effective parallel between the struggles of women in colonial days and the influence of religion on a country that was founded to be a haven for religious freedom.

When the film first came out, I was blown away by newcomer Anya Taylor-Joy and nothing in the intervening years has swayed me from the opinion that she will be the next bonafide Hollywood star. She was chosen projects, both big and small, that have showcased her talents. You probably recognize her as the victim from Split and Glass, but she also turned in a spectacular performance in the indie Thoroughbreds. If you haven't seen it yet, do yourself a favor and seek it out.

The Dolby Vision transfer really shines as many of the scenes are set at night or during dusk. Eggers also employed a very bleached out palette of colors so the added vibrancy of HDR really makes the film pop off the screen as it has never done before. Sometimes a higher resolution takes away from the vibe of a horror film, but in this case, it only adds to an already wonderful experience.

The 4K UHD uses the same 5.1 DTS track as the Blu-ray and that's a bit of a bummer. While The Witch doesn't rely on a bombastic soundtrack or screechy jump scares to mine its horror, the eery soundtrack and foley work would likely take the film up a notch had they included a Dolby Atmos audio track. That said, the existing audio track works very well and it accomplishes its goal of setting a spooky ambiance.

The included special features are the same ones that were released with the original Blu-ray. They are quite exhaustive and really do add to the experience, but I'm greedy and I was hoping that they would include something new to add value to upgrade. That said, the film is worth the upgrade to 4K UHD based on the Dolby Vision transfer alone. There will be no buyer's remorse at all and besides, your existing Blu-ray has maintained pretty decent resell value as The Witch is one of those films that you just have to own.

The Witch is a generational type of film that we will be discussing for the foreseeable future. It only gets better with more viewings and you will definitely want to own a copy. The Witch is now available on 4K UHD.