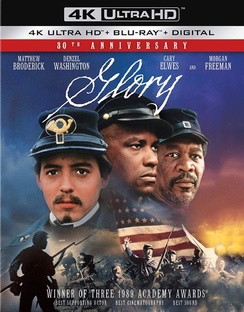 I was a huge Civil War buff growing up. We used to plan trips to civil war battlefields in the summer and I was fascinated with the war. Having grown up in Michigan, my allegiances naturally belonged to the North, but now that I live in the South, I have been introduced to a whole new perspective.

The "War of Nothern Aggression" as some down here still refer to it is one that in many ways shapes the daily lives of many Southerners to which there is no comparison north of the Mason-Dixon line. For many of us, it is a moment in our history that we study in school, but we don't contemplate the repercussions of those battles on a daily basis.

In the South, the lasting reminders of the Civil War find themselves embodied in statues and plaques on town squares and parks. It is a source of pride and division that continues to exasperate racial tensions in a status quo that is increasingly looking like a powder keg of the 1960s and not the enlightened period of the 21st century.

It is under these conditions that I reviewed the 4K UHD Blu-ray of Glory that Sony has released this week to commemorate the 30th Anniversary of the film's theatrical release. It is a film that I adored and really spoke to me as a student of the Civil War at the time. Since its release, there have numerous films to explore the impact of former slaves on the balance of the Civil War, but this was the first major studio release to do so and as such retains a prominent spot in film history.

Glory tells the story of the 54th Massachusetts Infantry Regiment, one of the first all-black regiments in the Union Army. The regiment was led by Colonel Robert Shaw and the film shows many of the prevailing prejudices and racist ideologies that continued to plague the regiment, even from officers on their side of the battle.

It had been a hot minute since I had seen Glory, but the film more than holds its own against the ravages of time. In fact, one could argue that today's political landscape is more in need of the values and lessons of the movie than when it debuted in 1989. Denzel Washington is spectacular and still deserving of his first Oscar for Best Supporting Actor.

People will forget, but in 1989 Matthew Broderick was an odd choice to lead a dramatic film with such serious undertones. I mean this was an actor that had just played Ferris Bueller a few years earlier and was much more known for his comic timing that his serious gravitas. And yet, I really couldn't see anyone else doing justice to Colonel Robert Shaw.

Besides helping to launch the career of Denzel, Glory also offered the opportunity for several African-American actors to shine such as Morgan Freeman and Andre Braugher. These performances helped to propel these young actors into the public's consciousness and they continue to inspire audiences 30 years later.

As a film about the Civil War, I was surprised at how well the movie held up. Often, films about historical events tend to lose impact over time. Either new information comes out that changes the narrative or the technology improves to such a degree that these films look their age. I'm happy to say that Glory has aged gracefully and continues to be a poignant look at a pivotal moment in our country's development.

Speaking of how the film looks, the new 4K transfer from the new negative looks as beautiful as the film has ever appeared in the home entertainment market. The HDR10 color gamut really gives the period-accurate costumes the pop that they lack on the DVD or Blu-ray. Sure, the film does have grain and residual noise that one should expect from a film that is over 30 years, but these imperfections actually help Glory to sell the authenticity of its look and feel.

The new Dolby Atmos audio track is quite impressive and truly shines during the frenetic action sequences. The added robustness of this track truly places the viewer in the middle of these battles and helps to underscore the chaotic nature of these skirmishes. If there is one downside to the Atmos track in my opinion, there are some balancing issue with the voiceovers. It seems that they are a bit louder than the accompanying action, which was probably necessitated by the previous inferior audio tracks so that the dialog wouldn't get washed out. It truly is a needling critique, but one that I did notice and wish that they would have gone back to level out these moments.

The bonus features are robust, however, they were all previously released on either the DVD or Blu-ray. Given that the 4K UHD release also doubles as the 30th Anniversary of the film, I was hoping that there would be a bevy of new goodies to celebrate the film's lasting legacy. Unfortunately, we will have to wait for those until the next major milestone, at least.

Overall, the 4K UHD is certainly the best version of the film and one that is worthy of inclusion in any film buff's library, especially if you're also a student of the Civil War. Glory remains an important film both in terms of telling the story of the 54th Regiment and broadening the opportunities for African-American actors in films. The performances are all top-notch and hold up to repeat viewings. The Oscar-winning performance of Denzel is worth the purchase alone.