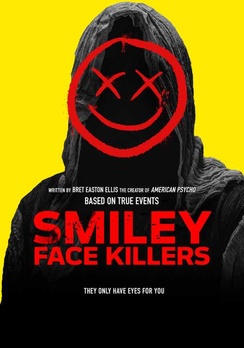 As a nation, we are obsessed with true crime and serial killers. Don't believe me? Simply glance at a list of top podcasts or TV shows and the subject matter will seem familiar.

I wish I could say that I was above such frivolity, but I'm guilty as charged. I grew up in the heyday of Bundy, Gacy, and the Green River and BTK killers. I also misspent my youth watching more horror films than could ever possibly be healthy for a budding pre-teen. So, you would wager that Smiley Face Killers would be right up my alley, right?

Well, yes and no. Sadly, there is potential in the story, but the film opts for shortcuts and a quick buck over delivering a satisfying plot.

Based on a "true story," Smiley Face Killers follows a college soccer player who may or may not be the latest target of a band of serial killers. Are the pressures of school and his relationship messing with his or is his hooded pursuer not merely a figment of his imagination?

It seems that in the last twenty years or so, there have been a marked reduction in the number of serial killers. Either that or they have adapted thanks to the rise of criminal shows to become better at their craft to avoid detection.

At the same time, the rise of technology, including DNA evidence and the prevalence of ancestry DNA kits, more cold cases are getting a fresh look. Most famously, the Golden State killer was identified and arrested recently thanks to these commercially-available kits. Now, arm-chair detectives are spending their free time trying to connect the dots, both real and imaginary.

The âtrue eventsâ that inspired the film is really just a working theory concerning young men who died in local bodies of water. Most were attributed to accidental drownings thanks to intoxication, but the eerie coincidence of spray-painted smiley faces near the supposed dump sites have convinced some that a serial killer or killers are traveling the Midwest taking advantage of impaired young men to cover up their rampage of death.

Sounds like the start of a good story, right? Thatâs what I thought too. When you throw in Bret Easton Ellis and Crispen Glover, you almost canât go wrong. But sometimes the whole is lesser than the sum of its parts.

Ellis was in top form with the acclaimed American Psycho, but itâs clear that his shine has tarnished in the intervening years. While his earlier hit was a pivotal touchstone in the fragility of the human mind, Smiley Face Killers simply gets bogged down in its own ineptitude.

As I mentioned, the basis for a great horror or psychological thriller is there but the film seems indecisive as to which avenues to explore. Instead of leaning in hard to the supposed urban legend on which the film is based, it lingers too much on the protagonistâs internal conflict and being âoff his meds.â I imagine that Ellis and company are trying to revisit some of the familiar territory of American Psycho, but the magic just isnât there this time around. Instead, we are left with a wilted love triangle with three cardboard cutout characters that do little to endear themselves to the audienceâs hearts.

What is intended to be a slow burn to a frenetic third act plays more like a lethargic walk in the park with boring scenery. Even Glover is neutered as his character is mute and wears a hood for most of the film. Once revealed towards the end, his character gives the film the first real source of interest and intrigue, but itâs a case of too little, too late.

Ultimately, Smiley Face Killers suffers from the weight of its own failed expectations as much as it really just doesnât do much to move the horror needle. Given the Covid pandemic, it will find a more receptive audience than it would in a normal week, but that still wonât help to cover up all of the filmâs blemishes.

Smiley Face Killers is now available on a Blu-ray and DVD. 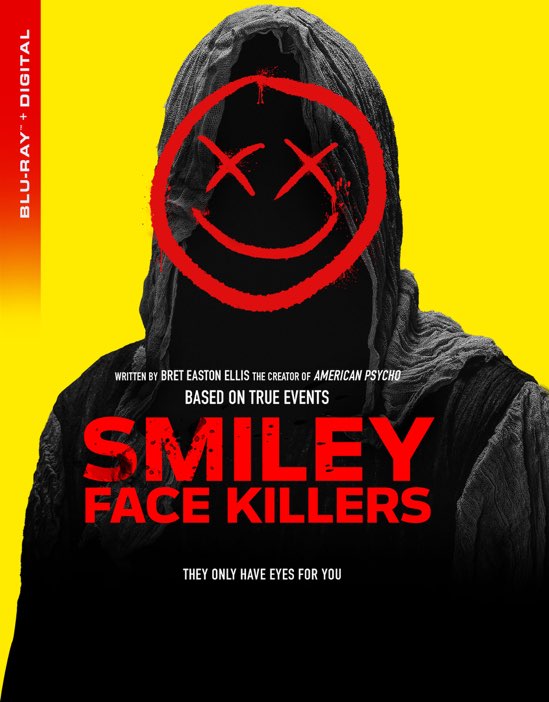 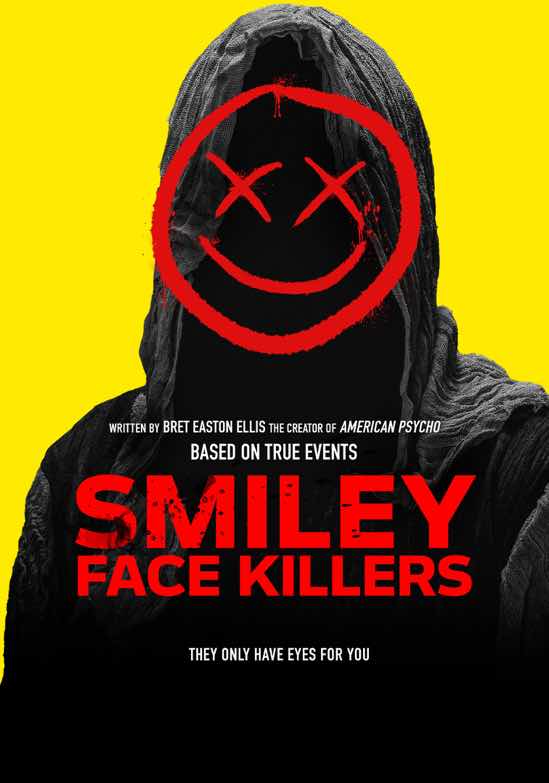