Review: Lovecraft's 'The Deep Ones' dredges up old horror tropes 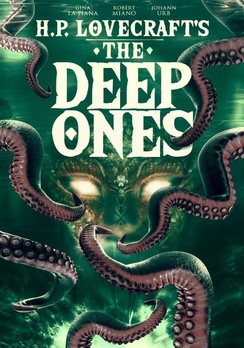 As a bonafide horror aficionado, I've seen my fair share of films based on H.P. Lovecraft's work. For me, the better ones tend to be the ones inspired by Lovecraft as opposed to those more faithful to Lovecraft's original stories.

Don't get me wrong, Dagon and Re-Animator are some of the best films in this horror niche, but for my money The Void and Stranger Things use and expand upon Lovecraftian themes in ways that the master would have greatly enjoyed. Enter H.P. Lovecraft's The Deep Ones that is both a faithful and a modern interpretation of his Cthulhu Mythos.

A married couple that has recently suffered a miscarriage retreat to a seaside Airbnb for some much-needed recovery, only to stumble upon a community of peculiar neighbors and supernatural happenings. What they initially mistake for quirkiness is really a cult and their ancient sea god has its sights set on procreation.

Let me clear right up front that if you're looking for hardcore Lovecraftian craziness, then The Deep Ones might not be for you. I might suggest that if you can stomach Nic Cage, then Color Out of Space might be more up your alley. Its fantastical sequences are straight out of H.P.'s playbook and personally, I think that Cage and Lovecraft go together like peanut butter and jelly.

No, with The Deep Ones, you get a bit of a modern take on the Hammer horror films with plenty of emphasis on the old "man in a rubber suit" series of films. There's little to no CG in this film and that's both a good thing and perhaps unsettling for those more accustomed to a computer-generated reality.

And yet, there is something endearing about the low-tech scares and thrills that writer-director Chad Ferrin aims for. It really touched on a weak spot in my horror-loving heart for those types of films that I grew up on. Don't get me wrong, The Deep Ones is not without its own warts and issues, but there are many worse ways to spend a quick 80 minutes or so.

While there is a certain Stepford vibe to the whole Solar Beach Colony (they even name-check it in the film), I felt a certain homage to a much more recent movie. If you've seen Get Out, then you will understand what I'm saying.

Trust me, the two movies couldn't be more different, but there is a certain vibe that Chad is going for in The Deep Ones and I think there's a spiritual connection there. While the monsters in the Jordan Peele film were more Earthly in nature, they both share a creepy kinship that is plain as day.

Whether intentional or not, The Deep Ones does introduce some elements of dark comedy that simply boost the bizarre feel of the movie rather than provide any comedic relief. A lot of films have been employing this technique of late, pushing the audience to the razor's edge of discomfort only to try and alleviate the pressure. The result is usually the opposite where the audience is left bewildered by the experience.

Some movies use this discomfort to their benefit, while The Deep Ones just seems to leave it out there like a lead balloon. Again, the film is far from flawless, but it is better than many horror films that have come out during the pandemic.

If you're a fan of the Cthulhu Mythos and enjoy the Hammer style of horror, then this one is right up your alley. If you're more into the CG elements of modern horror, then you might want to take a pass here.

H.P. Lovecraft's The Deep Ones is now available on DVD. 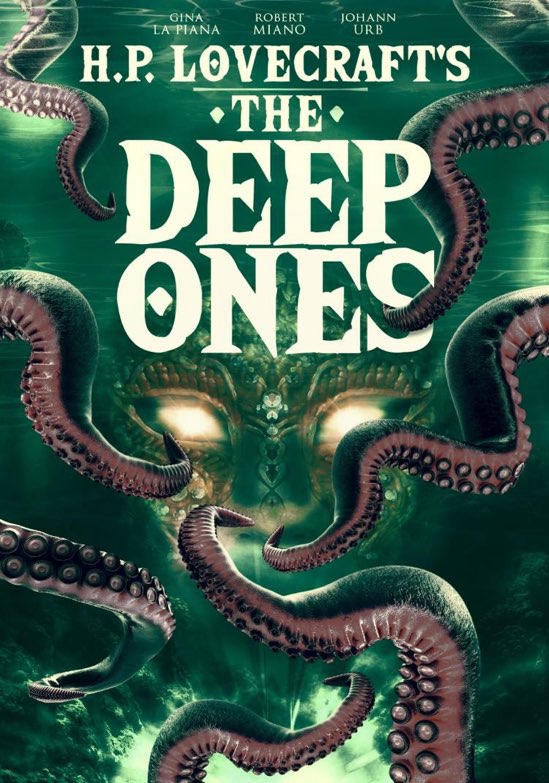