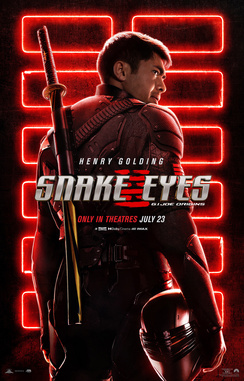 Snake Eyes is precisely the type of film that will anger critics and make action junkies drool. As someone who finds himself stuck in the middle of both worlds, I was intrigued to see which side of the fence I would end up on.

As it turns out, I enjoyed Snake Eyes thoroughly and I'm left wondering why critics are unable to shut off their brains and enjoy movies for what they are.

Technically, the third film in Paramount's live-action G.I. Joe universe, Snake Eyes: G.I. Joe Origins is a more serious take on the subject matter and a bit of departure from the two films that preceded it. Focused on the origin story of one of the team's fan favorites, Snake Eyes is almost like a soft reboot of the series and as such, the future looks quite bright indeed.

Snake Eyes: G.I. Joe Origins stars Henry Golding as Snake Eyes, a tenacious loner who is welcomed into an ancient Japanese clan called the Arashikage after saving the life of their heir apparent. Upon arrival in Japan, the Arashikage teach Snake Eyes the ways of the ninja warrior while also providing something he's been longing for: a home. But, when secrets from his past are revealed, Snake Eyes' honor and allegiance will be tested - even if that means losing the trust of those closest to him.

Snake Eyes has always had an air of mystery about him as much wasn't known about his early days. After a helicopter accident left him scarred, he didn't speak much and mostly covered his visage with a balaclava. In the comics and animated TV series, when he did reveal his face, he was portrayed as Caucasian with blonde hair and blue eyes.

As a master of martial arts, it always seemed rather odd that he wasn't of Asian descent, but Snake Eyes fixes this heredity with the casting of Henry Golding in the titular war. You'll recognize Golding from Crazy Rich Asians and this was the film where I realized that he was a star in the making.

So, when I heard that he was taking the mantle of Snake Eyes, I was excited to see what he could bring to the character. Not particularly known for his action chops, Golding brings a much more introspective and reserved performance to the role.

By contrast, Scottish actor Ray Park who played Snake Eyes in the first two live-action films leaned in heavily to the action and slapstick which were more in line with his skill set. They are both valid takes on the character, but I must admit that I enjoyed Golding's take a bit more and I hope that they continue with Golding moving forward.

They didn't just stop at recasting the titular role. Basically, every part was recast including the third different Scarlett in as many movies. This time, it's Samara Weaving donning the red locks and she's able to provide the right mix of comedy and bravado needed for the role.

I've become a fast of Weaving and I think that she brings the right balance to the role and is someone that I feel can be leaned on heavily as the franchise moves forward. She's sharpened her comic chops in such oddball films as Ready or Not and Guns Akimbo and she's definitely ready to carry a big blockbuster action film.

I'm certainly not the only one who wouldn't mind seeing Samara Weaving in a Scarlett origin story.

Back to my review. I was fortunate to review the 4K UHD version and I can't recommend this version high enough if you have the setup. A vast many of the action scenes take place at night in low light and that Dolby Vision HDR transfer shines under these circumstances.

I contrasted a couple of scenes with the include Blu-ray version and the difference was quite noticeable to the naked eye. If you're looking for the best experience, I would certainly pick up the 4K UHD version of the movie. And besides, you really can't beat the killer Dolby Atmos audio track that not only highlights the rapid and non-stop action, but also the thumping soundtrack that mirrors the beating of the main character's heart.

At the end of the day, this is the G.I. Joe movie that I have been waiting for since I first saw the cartoon as a child. The previous live-action films were a bit too hoky for me, but Snake Eyes finally get the right balance between comedy and action that has suited the franchise so well over these many years. 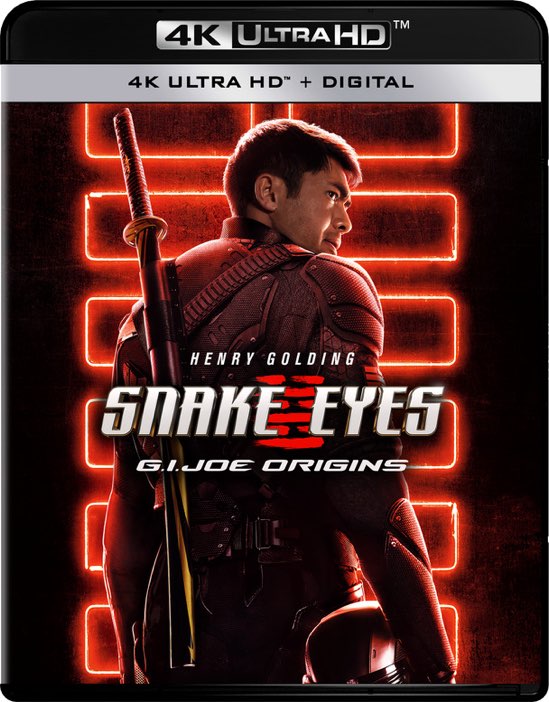 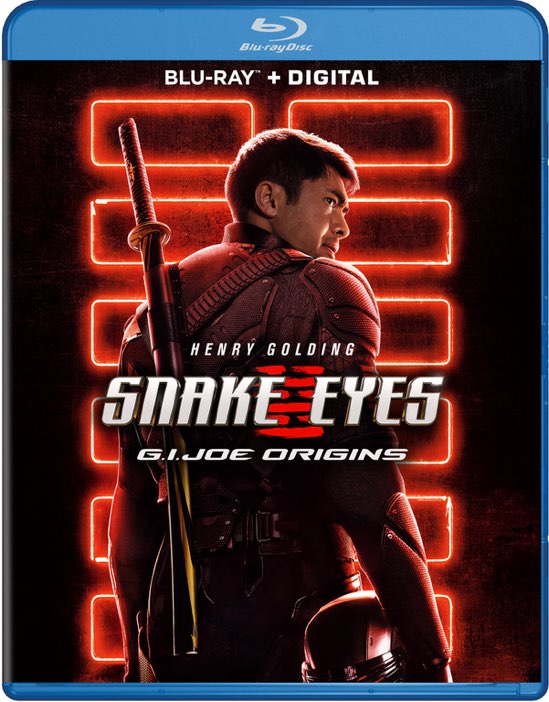 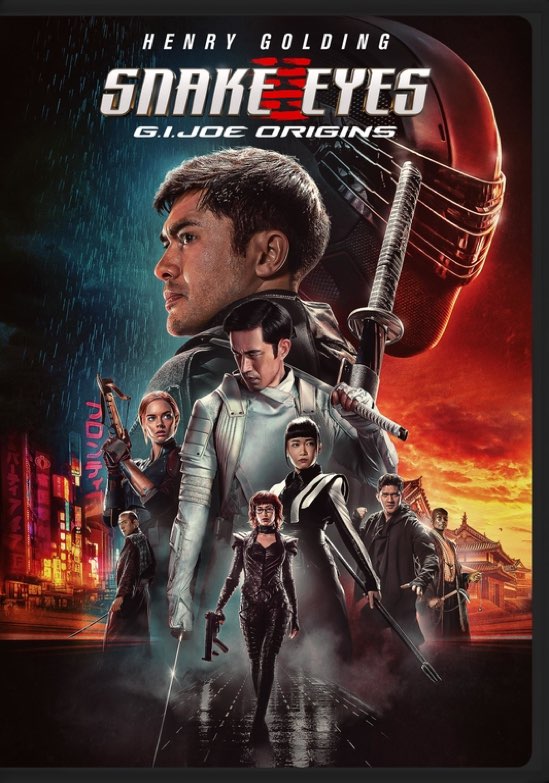