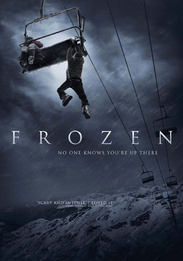 A typical day on the slopes turns into a chilling nightmare for three snowboarders when they get stranded on the chairlift before their last run. As the ski patrol switches off the night lights, they realize with growing panic that they've been left behind, dangling high off the ground with no way down.

Rated R for some disturbing images and language.