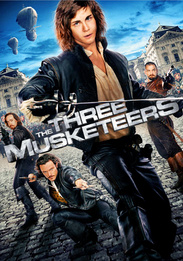 They are known as Porthos, Athos, and Aramis - three elite warriors who serve the King of France as his best Musketeers. After discovering an evil conspiracy to overthrow the King, the Musketeers come across a young, aspiring hero - D'Artagnan - and take him under their wing. Together, the four embark on a dangerous mission to foil the plot that not only threatens the Crown, but the future of Europe itself.