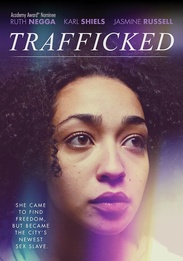 Taiwo hopes to make a life for herself and her twin sister in the faraway city of Dublin. Fearing what may await her on her arrival, Taiwo makes a desperate bid for freedom from her Dublin smugglers. However she is hunted down by a petty thief and conman, Keely, who on kidnapping her, decides to tell nobody of his catch and brings the girl home. An unlikely and at times naive relationship develops between a victim and a perpetrator that is based on economic necessity and ultimately emotional fragility.

Rated R for disturbing violent content including sexual assaults, language, and some drug use.