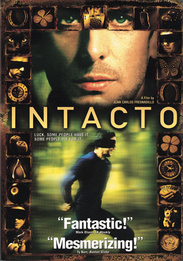 Considered "lucky" after surviving a plane crash, a thief is recruited into an underground gambling ring where death and luck intermingle. Sam (Max Von Sydow) is the ring leader who has the power to steal his luck and will stop at nothing to do it.

Rated R for language, some violence and brief nudity.