Monday Mixer: Briar Rose, I am your Father! 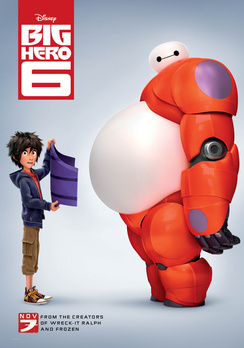 So, Interstellar was big this weekend, but did you know that the film wasn't always going to be directed by Christopher Nolan?

Nope, the film was originally intended to be Steven Spielberg's followup to Lincoln, but you know, things happened and he had to pull out. Nolan's brother Jonathan (Jonah) wrote the screenplay for Spielberg and when he pulled out, his brother got involved and the rest, as they say, is history.

Of course, that begs the question as to what a Spielberg-helmed version of Interstellar would look like? Well, thanks to /Film, you can get a pretty good idea of the main differences here. Obviously, there are major spoilers in that article, but it's a great read after you've seen Interstellar.

Needless to say, the changes are pretty massive and it just goes to show how even the smallest of changes would result in a much different film. To be honest, I'd pay to see Spielberg's version too.

Despite the love above for Interstellar, it did not take the top spot at the box office. That honor belongs to Big Hero 6, which continued the hot streak for Disney Animation and tangentially (at least) Marvel. The film is sort of based on the Marvel comic book of the same name, but the film strays far from the its source material.

The departure didn't seem to hurt it at the box office as it opened with a whopping $56.2 million. While Big Hero 6 failed to earn as much as Frozen in its first week of wide release ($67.4 million), it did do something that its fellow Disney Animation sibling didn't do, open at #1.

Of course, Frozen did find the top spot the following week, but it's an interesting trivia question some day. Despite the increase in family-friendly competition in the coming weeks, we still think that Big Hero 6 will top $200 million and finish up around $225 million.

Despite not snagging the top spot this weekend, it wasn't all bad for Interstellar. The film did earn a cool $50 million and has grossed a total of $52.2 million since its midweek opening at IMAX theaters. With this film, it will be interesting to see how big the repeat business is going to be.

Interestingly, it was only so-so in terms of Nolan's openings, around the middle in fifth out of nine films, but three of the films above it were Batman films. Inception is the lone film to outdo Interstellar but that's to be expected given that it was his followup to the insanely successful The Dark Knight.

Given the historical performance of his films, we are expecting Interstellar to end up with $175 million, but there are so many factors in play. Will audiences come back and sit through a three hour film for a second time? Will it garner enough award consideration to give it a nice bump during the awards season? Only time will tell.

He and actress Rachel Bilson welcomed a baby girl and in the spirit of Disney acquiring LucasFilm, they named her Briar Rose. I really can't make this up. Cue Darth Vader "I am your father" jokes.

Why can't we just leave perfection alone? The series ended on such a high note with Toy Story 3 that I'm just a little skeptical here.

I will say this. Each actor listed is using their real name and they are real actors or models or whatever. Enjoy, or well, you'll get the idea.

After that, there's really nothing more that I can say other than, Mix Well!