Monday Mixer: 'Logan' unsheathes its claws at the box office 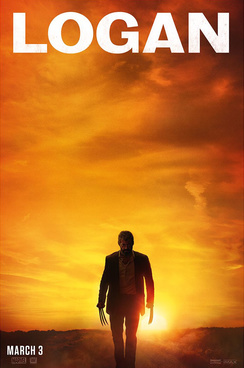 What a glorious time of the year. It's March, which means that it's March Madness. Yes, movies are clearly my passion in life, but after that, it's sports.

And yes, hockey will always be my favorite sport, but for my money, there's no greater three weeks in sports than the annual March Madness college basketball tournament. During those three weeks, we get to experience a microcosm of everything that is great in sports without professional influence.

Oh, don't get me wrong, I'm not naive. I know that in the last decade or so, the emphasis has shifted from the student-athlete to the business side of making money, but there will always be upsets. Segue time. The same can be said of the box office, where there are heavy favorites, but every now and then there will be an upset or two.

This week didn't really feature any upsets, but last week got a pretty impressive one from Get Out. Unfortunately, we weren't able to give the film its proper due last week thanks to the fallout from the Oscars guffaw, but it doesn't make the performance any less awesome.

This weekend started and ended with Logan. There was no question that it was going to be number one, but just how high could it get? More importantly, could a good performance help kickstart a rather lackluster start to the box office in 2017?

I think Logan brought clarity to both questions this weekend. While its $85 million opening wasn't the largest R-rated movie opening ever, it was close. Fox now has the top performer (Deadpool, $132 million) and the fifth best R-rated openings of all time. While sure, the discrepancy is a rather significant $50 million, I think Fox is quite happy with Logan's result.

As for the other question, 2017 is still lagging behind 2016's record-breaking number, but the margin of discrepancy shrank considerably thanks to the year's biggest opening weekend. This year is now about 2% behind 2016, but still remains ahead of other recent years.

In second place, holdover Get Out continued to ride high in its second weekend with a nice $26 million weekend. The horror/thriller film has made $76 million so far and looks to finish with close to $150 million. That's an impressive haul for a low-budget horror film.

Another story of success this weekend belongs to the faith-based film The Shack which opened greater than expectations with just over $16 million. Faith-based films have always found a successful niche at the box office and this is just the latest example of this trend.

Before I Fall was the only other wide release this weekend and it settled for fifth place with its $4.9 million opening. The film aimed at the younger crowd failed to impress and should finish with a disappointing $20 million.