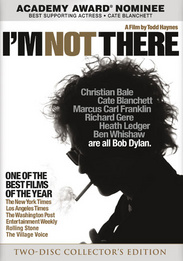 Since arriving in New York City's folk music scene in the 1960s, American singer-songwriter Bob Dylan has become a major figure in popular music, influencing millions with his chart topping songs. His records have earned Grammy, Golden Globe, and Academy Awards, and he has been inducted into the Rock and Roll Hall of Fame, Nashville Songwriters Hall of Fame and Songwriters Hall of Fame.

Rated R for language, some sexuality and nudity.