Break on through with new Dewey Cox movie poster

We told you about the trailers for Walk Hard: The Dewey Cox Story back in August. Now here is the poster for the film.

The photo of Cox star John C. Reilly is an obvious homage to the famous shot of The Doors frontman Jim Morrison. (This photo shoot is reenacted in Oliver Stone's 1991 Doors movie.)

I hope Sony Pictures does an entire series of these for the movie, each drawn from famous photos in rock 'n roll history. They should next do a riff on the John Lennon pic in the "NEW YORK CITY" t-shirt. It would certainly be better than the poster they did for Good Luck Chuck. A photo of Dewey Cox in Elvis' famous white jumpsuit of the late '70s would be good too.

The movie was written by Judd Apatow and director Jake Kasdan. It co-stars Jenna Fischer and David Koechner. Walk Hard: The Dewey Cox Story debuts in theaters on Dec. 21. 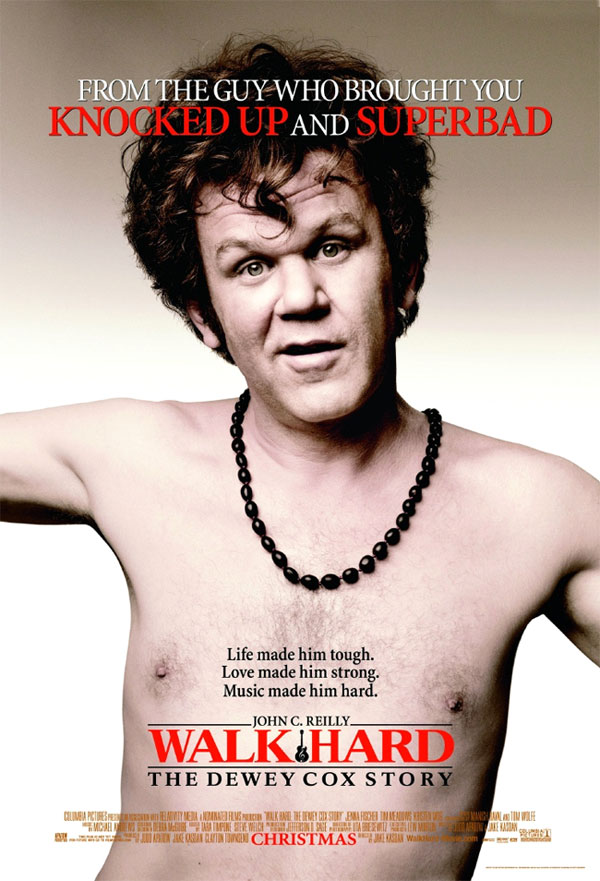